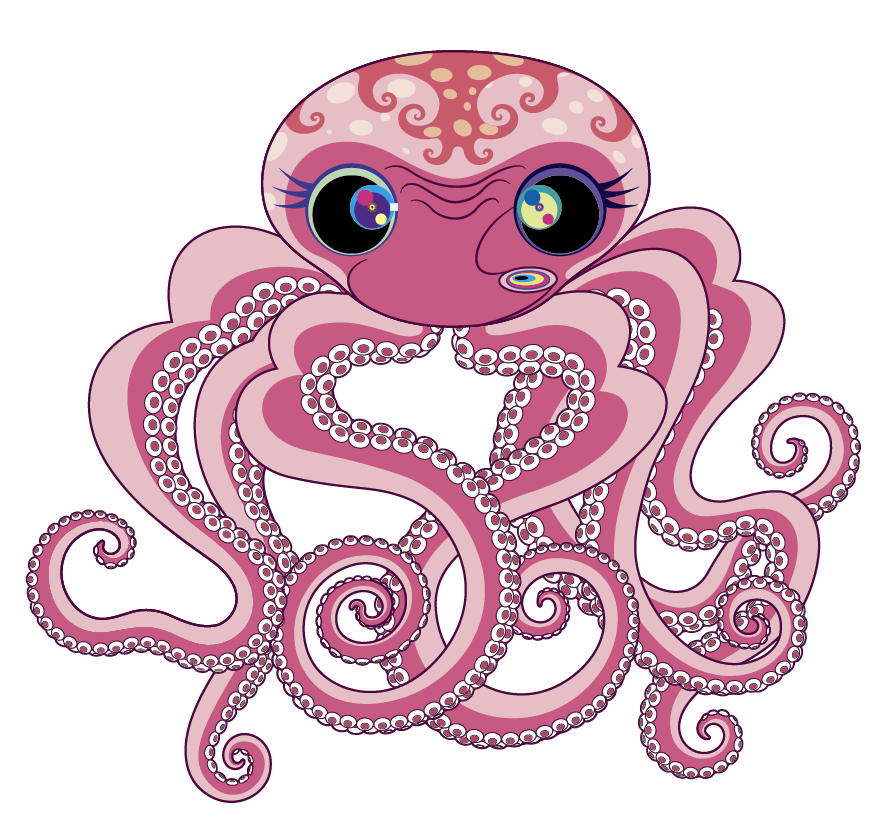 This summer, Chicago Athletic Association guests can enjoy a unique installation inspired by one of Takashi Murakami’s delightful characters, and presented in tandem with the Museum of Contemporary Art Chicago where a major exhibition of the artist’s work opened June 6, 2017.

Inside the hotel’s ground floor space, The Tank, visitors will enjoy a giant pink octopus that takes over the Tank’s floor, a stamp of the hotel’s past swimming pool. This character was created by Murakami exclusively for his Chicago show and demonstrates his signature “Superflat” concept, which pairs traditional Japanese painting techniques with a contemporary, animé-inspired aesthetic within a flattened picture plane. Please note, this installation will be available for viewing until July 26.

In the Drawing Room, inside the beloved and playful trophy cases inset into the property’s original German Millwork, iconic toys from the commercial Murakami catalog are on display. Finally, inside a fine art case bridging the Drawing Room and Game Room together, plush pieces add a splash of pop color and culture into an area that is otherwise highly stylized to befit a true-to-history gothic interior.

To learn more about the artist and his exhibition in Chicago, please visit www.mcachicago.org/murakami.

About Takashi Murakami
Murakami is widely known for both his fine art and commercial output—including collaborations with pop icons such as Kanye West and fashion house Louis Vuitton—and his exhibition at the MCA presents the first serious survey of his work as a painter. It provides a sustained analysis of the artist’s relationship to the traditions of Japanese painting while borrowing from the Pop Art tradition. Murakami picks up visual cues from the world of mass production and playfully equates himself with a corporate entity. These works can be seen as an early example of Murakami’s interest in the power of branding and global commercialism. For his MCA exhibition, Murakami has produced a new group of paintings that revisit this creative partnership. Murakami considers these extra-art-world collaborations “disruptions” to the expectations of a highly stratified system that prizes exclusivity and elitism, consistent with his superflattening of characters into key chains, or jellyfish eyes onto luxury bags.

The merging of Eastern and Western artistic traditions moved into new territory in the late 1990s, especially around Murakami’s development of his theory of the “Superflat.” This ambitious concept was meant to explain the cultural attributes of Post-World War II Japan, especially the popular image of Japan as a producer of saccharine consumer products such as Hello Kitty. Within a Superflat world, the Otaku, or maladjusted comic book geek, became the true driver of contemporary culture.

Murakami’s work is in private collections and foundations as well as major public collections including the MCA’s collection. Murakami was born in Tokyo, and studied at Tokyo University of the Arts, Japan, earning a BFA in 1986, an MFA in 1988, and a PhD in 1993.