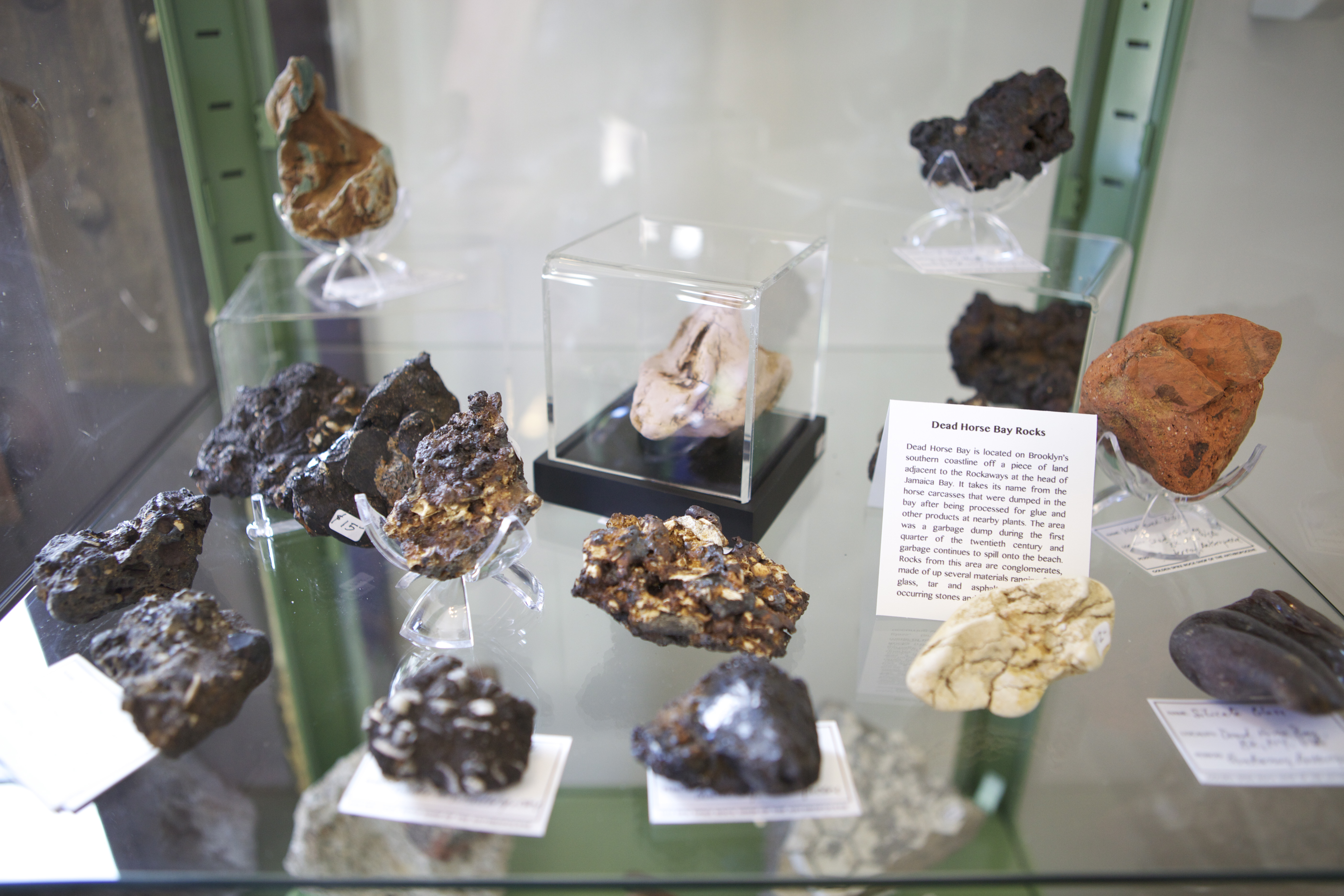 “Museum of the Anthropocene” Work by Stella Brown

In partnership with ACRE, the Chicago Athletic Assoc. hotel is pleased to display work by Stella Brown
Geological Selections from the Museum of the Anthropocene

In the fall of 2016 members of the 35th International Geological Congress agreed to adopt the term “Anthropocene” as the name for a new
geological epoch that has been ushered in by changes to the earth brought about by human intervention. Previously we inhabited the Holocene
epoch, but the new epoch is believed to have started in the mid-twentieth century during what has been called the “Great Acceleration” where
heightened levels of carbon dioxide, acidification of the oceans and warming of the earth’s atmosphere created lasting and measurable changes
to the planet’s geology.

If we accept the Anthropocene as our current epoch, Chicago’s comparatively flat, glaciated geologic record becomes incredibly rich. In the
same way that tectonic plates thrust the mountains of the West up out of the earth, the people of Chicago have erected buildings, roads,
underground tunnels and infrastructure for the city, the record of which will last far into the future. Over time, cities will compress, but the
materials that make them will remain in some form. Will this physical record be considered geological or archaeological? The Anthropocene
epoch presents a unique intersection of these two areas of study.

The mission of the Museum of the Anthropocene is to document and explore that intersection during this rare moment in time when we are knowingly
creating a geologic period of our own. The Museum has been established to document the geology, archaeology and anthropology of the new age.
Specimens included in the collection are the detritus of urban existence, but by collecting them and pointing to their place as anthropogenic artifacts
the museum hopes to bring to attention their beauty and value both formally and conceptually.

ACRE (Artists’ Cooperative Residency and Exhibitions) is an artist-run non-profit devoted to providing resources to emerging artists and nurturing a diverse community of cultural producers. ACRE’s programs support this generative community with materials, equipment, expertise, conscientiously produced food, and opportunities to exhibit and share work. ACRE’s annual summer residency in rural Wisconsin brings together emerging artists to live and work in a communal setting. A corresponding year-long program of exhibitions and events based in Chicago creates ongoing opportunities for idea exchange, feedback and growth.