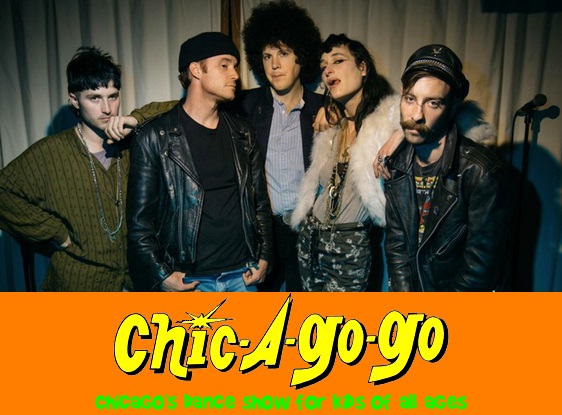 Empty Bottle & Chicago Athletic Association Hotel have teamed up with Chicago’s finest public access television program, Chic-A-Go-Go, to present a once-in-a-lifetime opportunity for kids and grownups alike to hit the dance floor with Atlanta’s very own BLACK LIPS! With a new record out just days before the show, the Lips will join Ratso and his merry band of musical misfits for a very special Mother’s Day bash. It all goes down at 2pm in the hotel’s Stagg Court, just hours before the band hits the Empty Bottle for the second night of their 2-show run, as part of the club’s 25th Anniversary series.

Complimentary attendance to this event inside Stagg Court at the Chicago Athletic Association hotel with RSVP.

THE BLACK LIPS have been called many things – garage, revival, goofballs, bad kids, outlaws, flower punks – and since their first release back in 2003 on Bomp! the band has toyed with all of these influences and reputations. With their ninth record, Satan’s Graffiti or God’s art?, produced by none other than SEAN LENNON and out on VICE Records, the Lips shows just how much they’ve grown while holding true to their original blistering, careening take on rock & roll: fuzzy, dirty, and rife with three and four part harmonies.

There’s no doubt in our mind that the BLACK LIPS and CHIC-A-GO-GO pair perfectly together. Since its 1996 debut, CHIC-A-GO-GO has been one of the most original and entertaining shows on Chicago television. Drawing from legendary dance programs like Soul Train and American Bandstand, as well as Chicago’s own 1960s shows Kiddie-A-Go-Go and Red Hot and Blues, CHIC-A-GO-GO combines classic TV entertainment with an original, quirky style. Unlike its dance show ancestors, CHIC-A-GO-GO takes advantage of its non-commercial home on the Chicago Access Network to create a diverse TV world that does not have to focus on a single demographic. People of all ages, colors, and backgrounds, linked by their love of music, dance together in harmony on the CHIC-A-GO-GO set. The dancers, who range in age from newborns to youthful seniors, move to the latest Hip Hop, classic R&B, Rock & Roll, Punk, Funk, and all points in between.