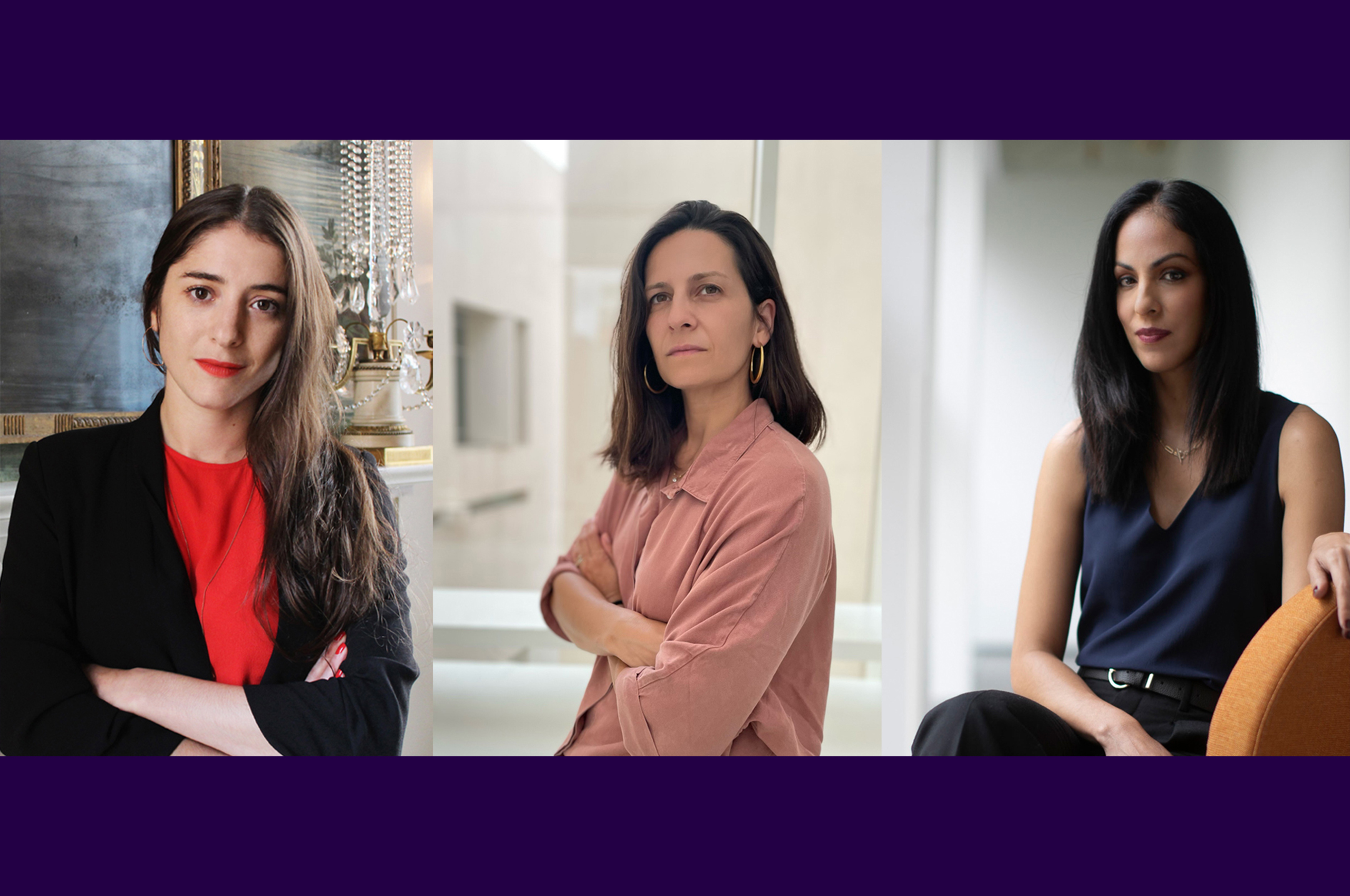 Join EXPO CHICAGO at the Chicago Athletic Association for a conversation with EXPO CHICAGO 2023 guest curators Claudia Segura (Curator of Exhibitions and Collection, Museu d’Art Contemporani de Barcelona) and Aimé Iglesias Lukin (Director and Chief Curator, Americas Society in New York) for a preview of the themes and intentions for their curated programs at the upcoming exposition running April 13-16.

Lukin and Segura will be joined in conversation regarding overlapping themes of identity and place in their curatorial practices by Carla Acevedo-Yates (Marilyn and Larry Fields Curator, Museum of Contemporary Art Chicago) whose recently opened exhibition Forecast Form: Art in the Caribbean Diaspora, 1990s-Today (November 19, 2022 – April 23, 2023) envisions a new approach to contemporary art in the Caribbean diaspora. Showcasing large scale sculpture, video, film and site-specific works throughout Festival Hall, the 2023 IN/SITU program will be curated by Segura, while the 2023 EXPOSURE section, which highlights solo and two-artist presentations from galleries 10 years and younger, will be curated by Lukin.

Free RSVP slots are filled for this event. We will be accepting walkup attendees on a first come first serve basis.

Real-time captioning will be available for this event, accessible via QR code and made viewable via StreamText on any tablet or smartphone

Aimé Iglesias Lukin is the Director and Chief Curator of Visual Arts at Americas Society in New York. Born in Buenos Aires, she received her Ph.D. in art history from Rutgers University with a dissertation titled “This Must Be the Place: Latin American Artists in New York 1965–1975,” which she presented as a two-part exhibition and a book at Americas Society in 2021 and 2022. She completed her M.A. at The Institute of Fine Arts at New York University, and her undergraduate studies in art history at the Universidad de Buenos Aires. Her research received grants from the Smithsonian American Art Museum, the Metropolitan Museum of Art, the Terra and Andrew W. Mellon Foundations, and the ICAA Peter C. Marzio Award from the Museum of Fine Arts, Houston. She curated exhibitions independently in museums and cultural centers and previously worked in the Modern and Contemporary Art Department of the Metropolitan Museum of Art, the Institute for Studies on Latin American Art, and Fundación PROA in Buenos Aires.

Claudia Segura is the Curator of Exhibitions and Collection of the MACBA Museu d’Art Contemporani de Barcelona. She previously held positions as the Director and Chief Curator of NC-arte in Bogotá, Colombia (2015-2019), where she curated several exhibitions and site-specific projects by different artists (Amalia Pica, Luis Camnitzer, Xavier Le Roy, Nicolás Paris, Nicolás Consuegra, Los Carpinteros, Alia Farid, among others). She was coordinator of cultural initiatives at the Fundació “la Caixa,” Barcelona (2010- 2012); an external curator of the Mardin Biennial, Turkey (2014-2015); and mentor of the Sala d’Art Jove, Barcelona (2014), and at the Cano Laboratory at the Art Museum of the National University of Colombia (2018). In addition, she has been a visiting lecturer at the National University of the Andes, Bogotá (2017).

Carla Acevedo-Yates was born and raised in San Juan, Puerto Rico and has worked as a curator, researcher, and art critic across Latin America, the Caribbean, and the United States. She is the Marilyn and Larry Fields Curator at the MCA Chicago, where she recently curated Forecast Form: Art in the Caribbean Diaspora 1990s – Today. Previous exhibitions at the MCA include Carolina Caycedo: From the Bottom of the River, and Chicago Works: Omar Velázquez. In Upcoming exhibitions include the MCA presentation of Duane Linklater: mymothersside and Entre Horizontes: Art and Activism Between Chicago and Puerto Rico, an exhibition that examines the artistic and social justice genealogies between Chicago and Puerto Rico.

Previously, she was the Associate Curator at the Eli and Edythe Broad Art Museum at Michigan State University where she curated over fifteen exhibitions, including solo presentations of new work by Johanna Unzueta, Claudia Peña Salinas, Duane Linklater, and Beatriz Santiago Muñoz. She curated Fiction of a Production, a major exhibition by conceptual art pioneer David Lamelas and cocurated Michigan Stories: Mike Kelley and Jim Shaw. Major group exhibitions include The Edge of Things: Dissident Art Under Repressive Regimes. She earned an MA in curatorial studies and contemporary art from the Center for Curatorial Studies at Bard College, where she was awarded the Ramapo Curatorial Prize, and a BA in Spanish and Latin American Cultures from Barnard College, where she received the Clara Schifrin Memorial Spanish Prize in Poetry. In 2015 she was awarded a Creative Capital | Andy Warhol Foundation Arts Writers Grant for an article on Cuban painter Zilia Sánchez.