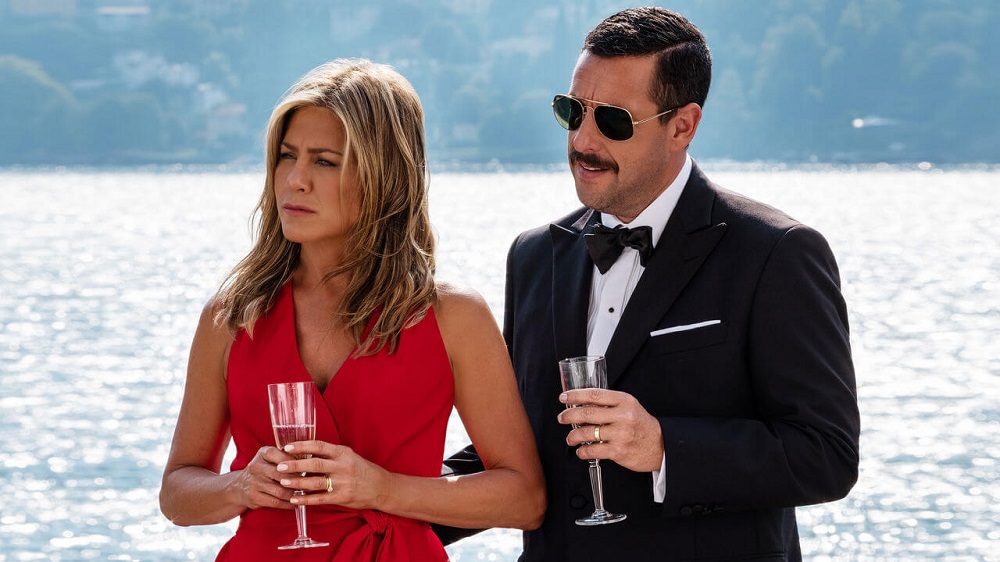 In advance of it’s June 14th Netflix release, we’re offering friends and guests a complimentary screening of Murder Mystery on Wednesday, June 12th at the Davis Theater in Lincoln Square.

Our reserved, guaranteed seats for this event have filled up!
For first come, first serve seats, download an admit-two pass here.

About Murder Mystery
When an NYC cop (Adam Sandler) finally takes his wife (Jennifer Aniston) on a long promised European trip, a chance meeting on the flight gets them invited to an intimate family gathering on the Super Yacht of elderly billionaire Malcolm Quince. When Quince is murdered, they become the prime suspects in a modern day whodunit. Murder Mystery reunites Adam Sandler and Jennifer Aniston along with an ensemble cast of global talent. 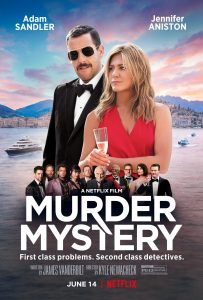 About the Davis Theater
The Davis Theater, a historic landmark, is the longest continually operated theater in Chicago. Originally known as the Pershing Theater built in 1918, it is the only remaining theater of five built in Lincoln Square, and one of the few neighborhood theaters still operating in Chicago. The building was designed by architect Walter W. Ahlschlager, who was also responsible for the design of other famous buildings such as the Uptown Broadway Building in Chicago and the Roxy Theater in New York City. The Pershing opened showing vaudeville and silent films; it’s first being The Forbidden City. In the 1930s, the Pershing was converted to show talkies and was renamed the Davis Theater.