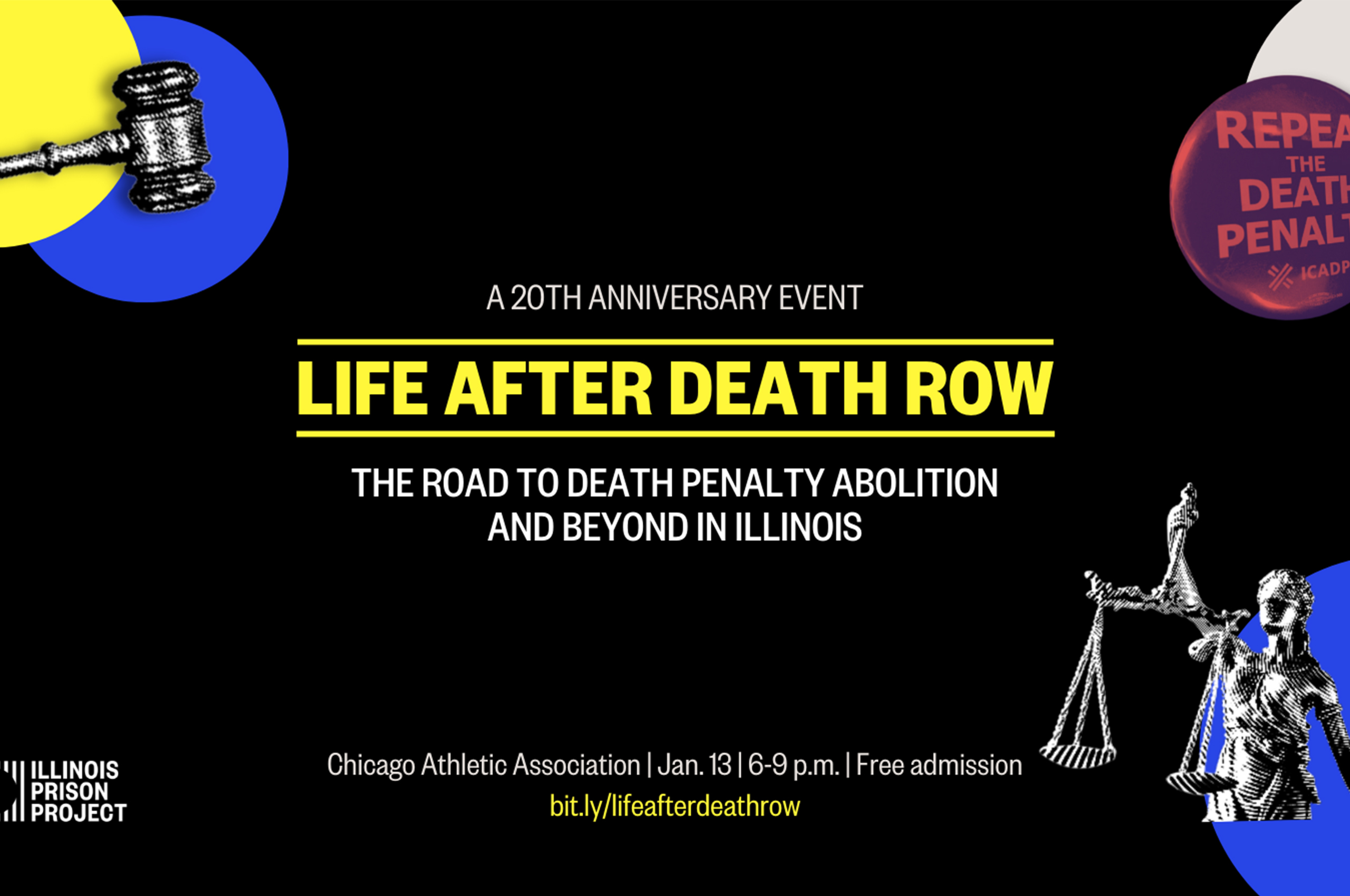 Life After Death Row: The Road to Death Penalty Abolition and Beyond in Illinois

Join the Illinois Prison Project on Jan. 13 for Life After Death Row: The Road to Death Penalty Abolition and Beyond in Illinois. This free event will bring together formerly incarcerated death penalty survivors, activists and movement lawyers to reflect on the fight to abolish capital punishment in Illinois, gather together in community and share visions for the future fights ahead.

The evening’s program will include brief opening remarks from attorney Charles “Chick” Hoffman; a panel discussion featuring death penalty survivors and activists Renaldo Hudson and Marilyn Mulero and moderated by Alice Kim; artwork, poetry and archives from advocates fighting to end capital punishment; and a reception with light hor d’oeuvres and a cash bar.

This event is free but tickets are required. We strongly encourage all attendees to be vaccinated, wear a mask while not actively eating or drinking and take a COVID-19 test prior to attending.

On Jan. 12, 2003, then-Gov. George Ryan exercised his sweeping clemency powers to commute the sentences of all 167 people on death row, one of the largest blanket commutations in US history. A moratorium on executions in the state had been in place since 2000. But this momentous move, a product of decades of organizing by people both inside and outside prisons, marked a significant victory in the fight to abolish the death penalty in Illinois. The death penalty was ultimately repealed in 2011.

But for most of the 167 people freed from death row, the governor exchanged one death sentence for another — from death by execution to death by incarceration, or life without the possibility of parole. For many, the fight for freedom continues today.

Twenty years after Gov. Ryan’s historic use of clemency, we’ll hear from advocates about how the movement to end the death penalty has impacted and inspired current movements to end the injustice, exploitation and harm created and preserved by the legal system.