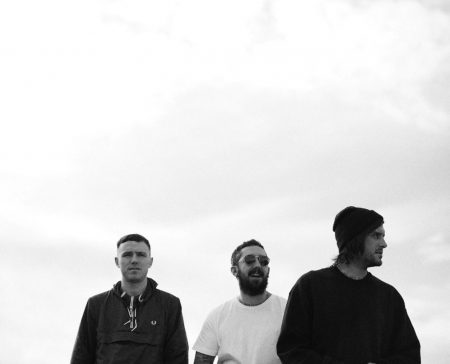 POP UP STORYTELLING: NOTHING (band)

Catch us in the Drawing Room this Sunday for the latest installment of our Storytelling Series with NOTHING, American alternative rock bank from Philly who are in town for Lollapalooza 2016.  If you can’t catch their set on Saturday, stop by the following day for stories between the guys and Kevin Warwick, the Chicago Reader’s Associate Editor and A.V. Club music contributor.

About NOTHING:  After getting his start as the brains behind the late 90s/early 2000s hardcore/punk act Horror Show, Domenic Palermo founded NOTHING in 2011 with the release of the demo Poshlost. NOTHING then signed to Relapse for their debut 2014 full-length Guilty Of Everything. The album found widespread critical acclaim from publications such as Rolling Stone, NPR, Stereogum, Spin, Noisey, and many others. Guilty’s reception also enabled the band to tour Europe and North America extensively, including performances at festivals including Osheaga, Roadburn, Firefly, Budweiser Made In America, and SXSW.

The band’s new record Tired Of Tomorrow was recorded over the course of a month at Studio 4 with Will Yip (Title Fight, Superheaven, Touche Amore, etc) this past October, and is the band’s most heartfelt work today. Borrowing from personal memoir and external works alike, NOTHING have worked the deepest influences of their youth & maturation into a package that’s ultimately at its most relevant in the present day. Tired Of Tomorrow is a brooding yet mellow release, inspired as much by 90s rock as it is by the darkness of NOTHING’s past.

About the Storytelling Series: The Chicago Athletic Association Storytelling Series shares compelling stories and interviews from some of the Chicago’s most interesting and inspiring movers, shakers and visitors. From artists, musicians, innovators, adventurers and visionaries with a great story to tell – the series gives an inside look into the experiences, moments and memories that have shaped the speakers, their work and their lives. CAA is known for its rich history, and while the walls can’t talk, the Storytelling Series continues the tradition of welcoming Chicago’s finest talent into its halls to make lasting memories. Only now, we’ll record and share those moments so worth remembering.