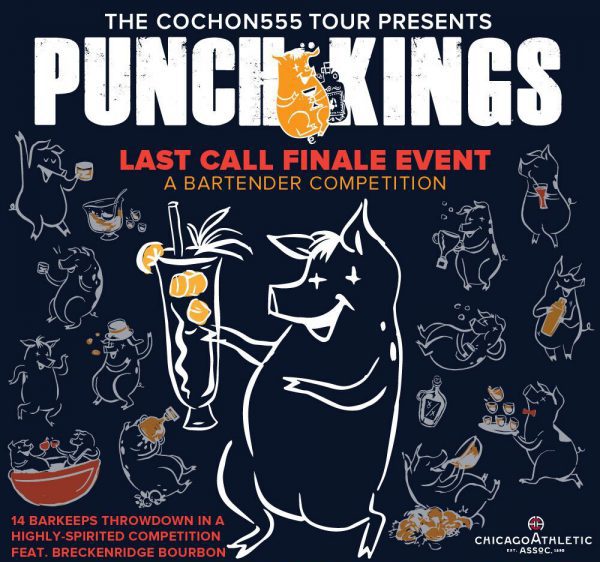 Who will be the Punch King of 2018? Purchase tickets online and find out!

About the Cochon555 US Tour
The Cochon555 US Tour executes a yearly host of authentic, hyper-local food events focused on raising awareness for heritage breed pigs through an innovative nose-to-tail pig cooking competition. This epic pork feast visits 20 major cities in North America annually and stages over 60 events. The tour is comprised of an array of live expressions including Heritage Fire (live-fire); Heritage BBQ (global grilling cultures); and Grand Cochon (national whole-hog championship). Cochon555 cultivates a long-term impact for heritage species, raised by family farms in top culinary markets in North America. Both educational and inspirational messages are circulated among 16,000 guests; 2,200+ chefs; 150+ family farms; and 16 culinary schools. Since 2009, 50,000+ consumers have experienced heritage pork for the first time, more than $500,000 has been donated to charities, and over $750,000 has been paid directly to our farmers. For more details and videos of events, visit www.cochon555.com or follow @cochon555 on Twitter and Instagram.