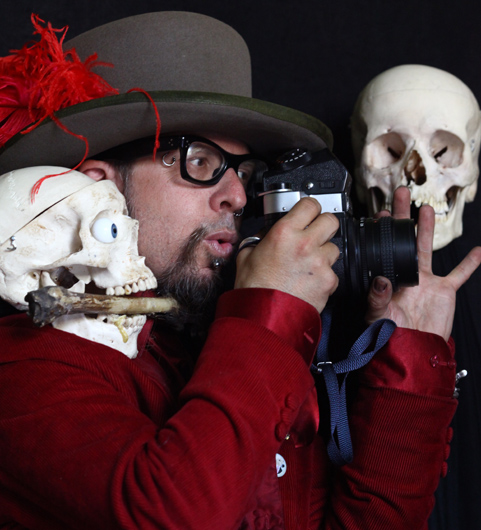 Have you ever wondered about the sexuality and nature of spirits in the other realm? If so, we sure have a lecture for you!

Koudounaris’ research has taken him to over seventy countries and has made him one of the world’s foremost experts in the visual culture of mortality.  He is the author of three award-winning books about historical displays of death.

About Paul Koudounaris: Paul Koudounaris is an author and photographer from Los Angeles. He has a PhD in Art History and his publications in the field of charnel house and ossuary research have made him a well-known figure in the field of macabre art. He is a member of The Order of the Good Death.  His three award winning books include The Empire of Death, a study of the traditional sacred values of bones and human remains from around the world; Heavenly Bodies, a history of Baroque era bejeweled skeletons; and Memento Mori, a comprehensive look at the display of bones and mummies in world visual culture. He is also an ardent student of the folklore and magical traditions of famous macabre sites, including ghost stories and hauntings, and has lectured internationally on these topics.