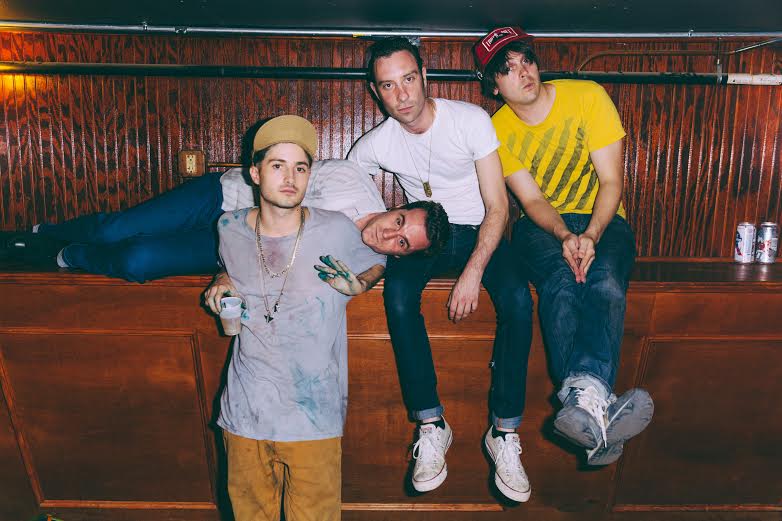 Round two!  After all the fun we had last year welcoming The Black Lips to our Game Room, we’ve got them back for another night of lively antics.  Join the band from 10 pm to midnight this Friday the 26th where they’ll be spinning tunes and hanging out on the second floor of The Chicago Athletic Hotel.

The Black Lips are the quintessential garage inspired punk band one would grow up idolizing in sunny California in the 70s and again with a revival in the 90s.  Forming in Georgia, “Atlanta’s beloved sons” hold true to their southern charm which makes the music community fall in love with them over and over again.

After a spring and summer of exciting audiences across the world, the Lips embarked on a month-long fall tour of the Middle East.  Bill Cody, of Athens, GA filmed the band playing for Egypt who had just overthrown their government, kids in Iraq who barely have a government, and kids in Dubai who finally get to see a band that isn’t in the top 40.  As Cody assembled his footage into the feature Kids Like You and Me, the band returned home from the New Year’s maelstrom and began settling into album mode.  Recording for Underneath the Rainbow was split between New York with Thomas Brenneck, who was recommended by Arabia Mountain producer Mark Ronson, and Nashville with the the Black Keys’ Patrick Carney, who offered to help produce in a Mexico city hotel room just before dawn.

Early internet conjecture pegged Underneath the Rainbow’s sound as a blend of southern rock with throwback C&W and blues, based on the lead single ‘Boys in the Wood’, which is a weird description for a record containing the first Black Lips’ song with a prominent synth (“Funny”), and even less apt for an overall album that owes just as much to the kiwi pop of New Zealand’s South Island and the Chicago South Side’s Crucial Conflict as it does the standard American South. It never strays far from the traditional roots music that has always found a comfortable home with the Black Lips, but invites enough curiosity with its approach to attract even the most unlikely listener.