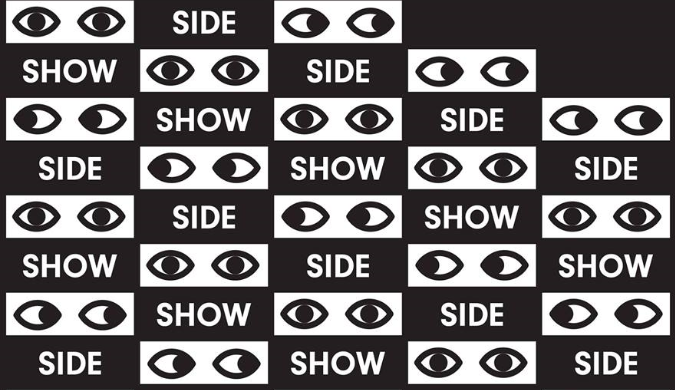 The Unsolicited Sideshow, a pop-up exhibition and event series that explores how the contemporary condition of ‘otherness’ informs architectural expression, takes center stage in the Chicago Athletic Association hotel with its first of four Tank Takeovers on September 22nd.

Join in on an evening of Exhibition, Performance and Music with Chicago’s premiere underground performers, produced in collaboration with Duchess Darling Shear. Exhibition hours from 6-8pm, with performances and DJs to follow.

While there, immerse yourself in The Sideshow’s pop-up exhibition, living in the hotel’s lobby and mezzanine level from September 15 – October 16.

The Unsolicited Sideshow
The Unsolicited Sideshow is a pop-up exhibition and event series that explores how the contemporary condition of ‘otherness’ informs architectural expression. It opens at the Chicago Athletic Association hotel as a corollary exhibit to the 2017 Chicago Architecture Biennial’s main stage at the Chicago Cultural Center. Like the parallel tents of entertainment that congregate around a traveling circus, The Sideshow positions a cast of architectural oddballs to amplify the energy and visitorship of the main attraction, and give voice to a younger generation of thinkers and practitioners.

The exhibition will engage the contemporary discourse of architecture, as well as contemporary culture and politics by asking contributors to explore ideas of “otherness,” normalcy, and taboo. In the current political and cultural moment, hard lines are being drawn to define and reward ideas of normalcy by spotlighting and punishing an expanding profile of “others.” Just as the circus sideshow challenged the bounds of normalcy, The Sideshow will explore the contemporary condition of “otherness” as it informs architectural expression through form, program, material, and affect.

The Unsolicited Sideshow will activate the lobby and mezzanine of the Chicago Athletic Association hotel with pop-up exhibits that open concurrently with the Biennial, lasting from September 15-October 16. Alongside the exhibition, the Sideshow will culminate in a four, monthly Friday Tank Takeovers. The events will highlight select exhibition contributors to expand the dialogue between the Sideshow, the Biennial, and the Chicago community through performance, installation, and celebration.